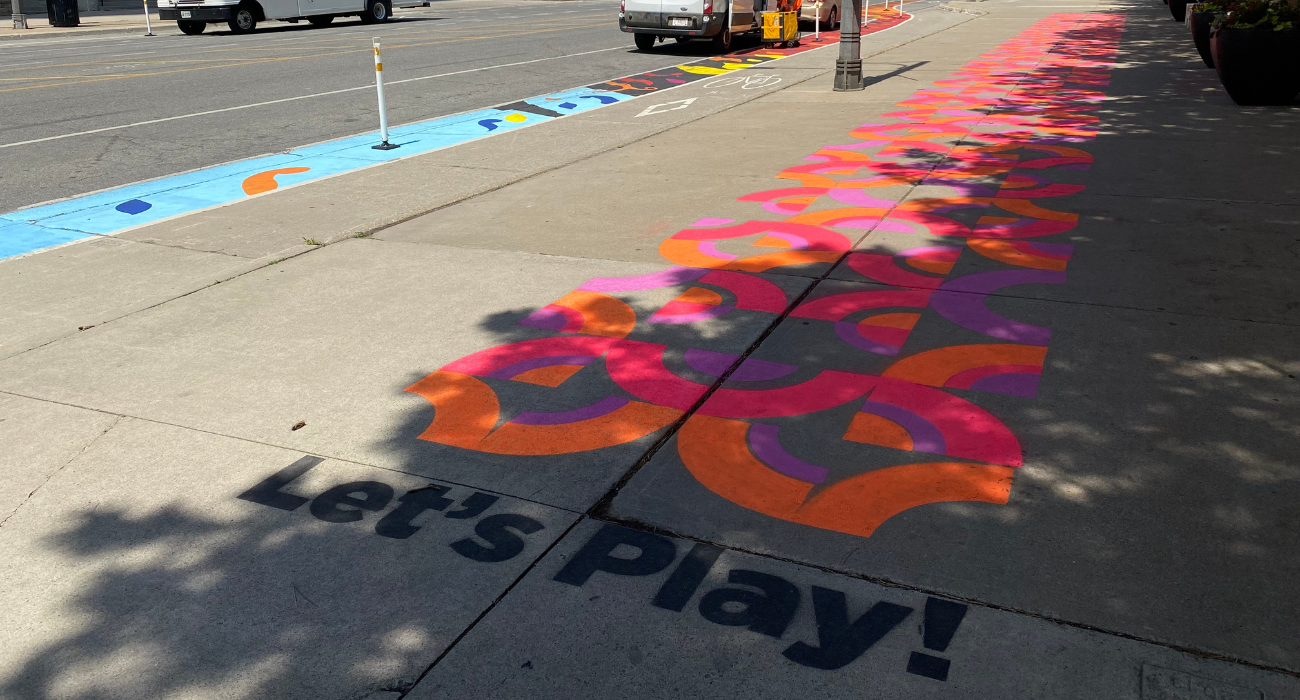 We’re paving the way for people this summer by transforming some of our streets and sidewalks into open and active spaces for the community to enjoy.
Sharing Lanes is a tactical urbanism project that will see temporary, people-friendly gathering places installed along select streets in the City’s downtown and Cooksville neighbourhoods. The project’s main goal is to put people first by making our streets inviting and accessible for all. As the program rolls out, residents and visitors will enjoy:

This project is building on the success of the tactical urbanism project we launched on Living Arts Drive in 2019.

The City of Mississauga worked with with STEPS Initiative and artists Jieun June Kim and Andre Kan to commission two guardrail murals on Jaguar Valley and a ground mural on Dundas Street in Cooksville. The murals complement the Sharing Lanes play pods on Jaguar Valley, and act as a backdrop for community activity, leisure and gathering. The guardrail murals, by Jieun June Kim, in her signature style, depict jaguars running along Jaguar Valley, and colourful shapes and a whimsical scenery on Dundas Street.

The ground mural design, by Andre Kan, is influenced by interconnection and gathering shown in the free floating objects within an abstract landscape. The birds resemble unity and migration as a reference to all the different cultures that have migrated from all of the world and now resident in the Cooksville neighbourhood. The community has expressed curiosity, excitement and welcomed the murals, as one of the first temporary public art projects in the Cooksville neighbourhood this year.