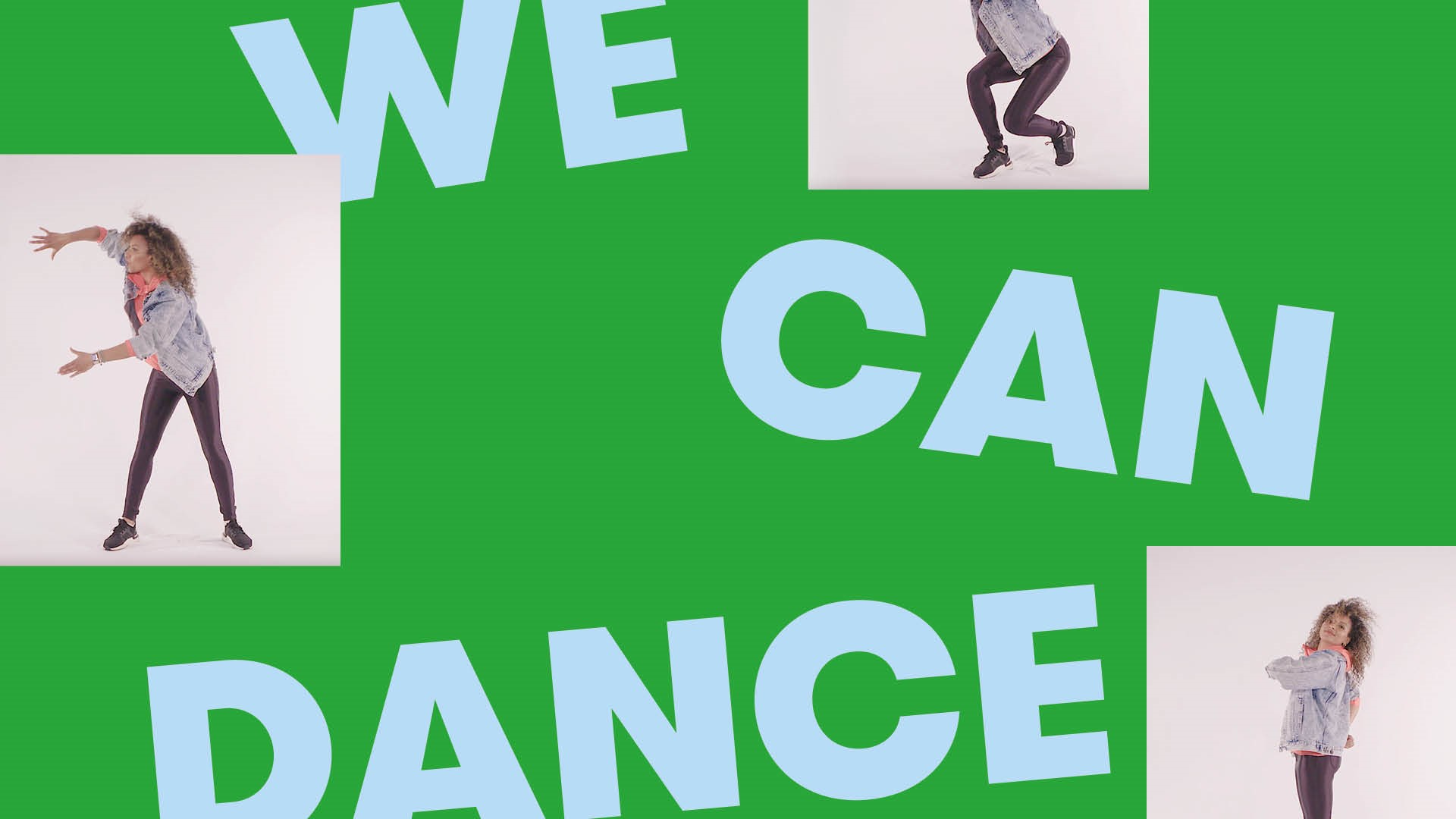 From June 25 – July 4, 2021, Mississauga Celebration Square (MCS) hosted We Can Dance, a pop-up dance studio that broadcasts recordings of people dancing as part of a never-ending onscreen dance party. Visitors were invited to step into a modified shipping container and perform a series of dance moves, and then see themselves up on the big screen at MCS dancing alongside all the other dancers that participated.

For its presentation in Mississauga, Daily tous les jours and the City invited local dancer and MCS personality Mariah Amber and DJ Andre 905 to collaborate on the creation of an original dance and soundtrack. This unique pop up experience offered a safe and welcoming way for visitors to the Square to dance together. 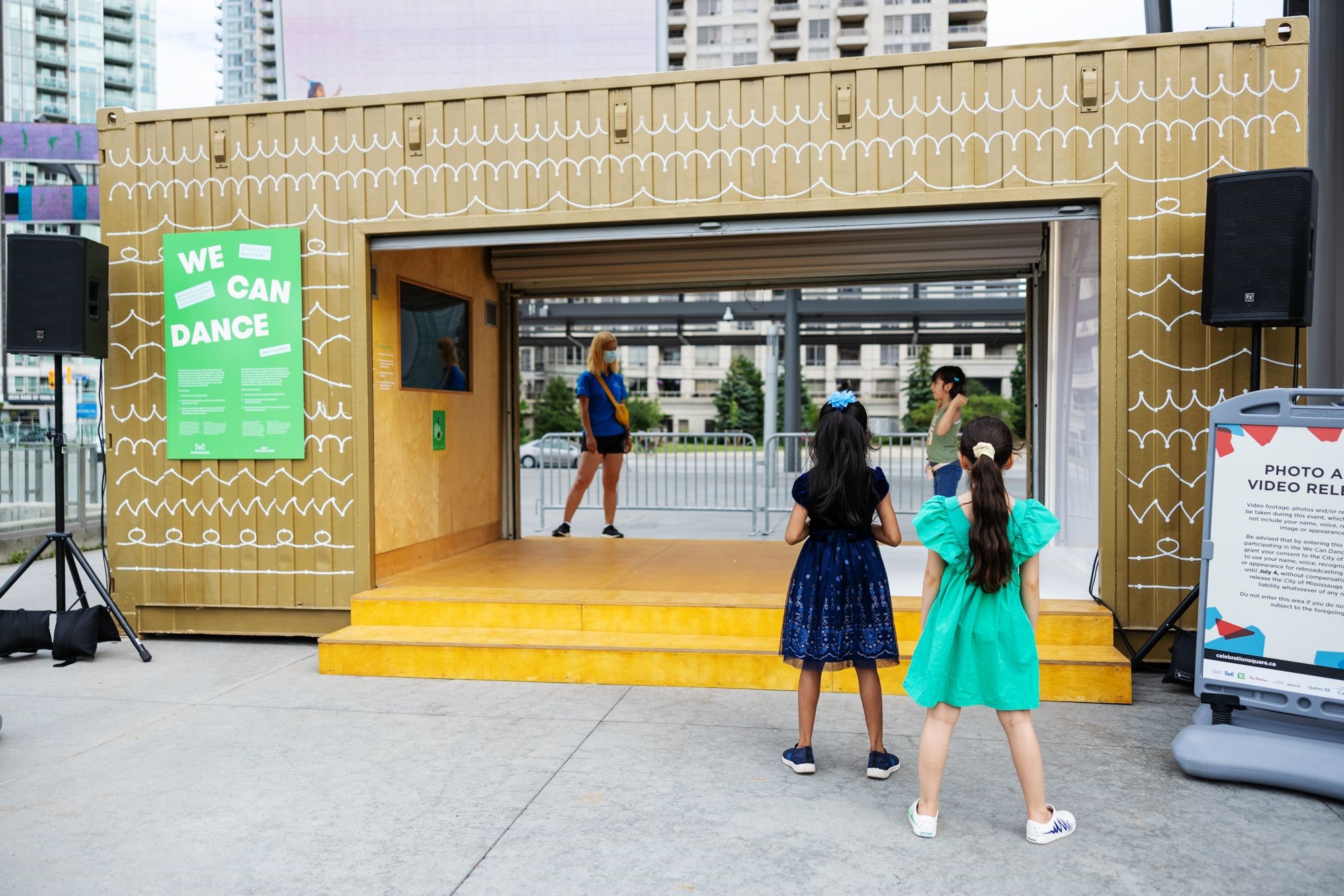 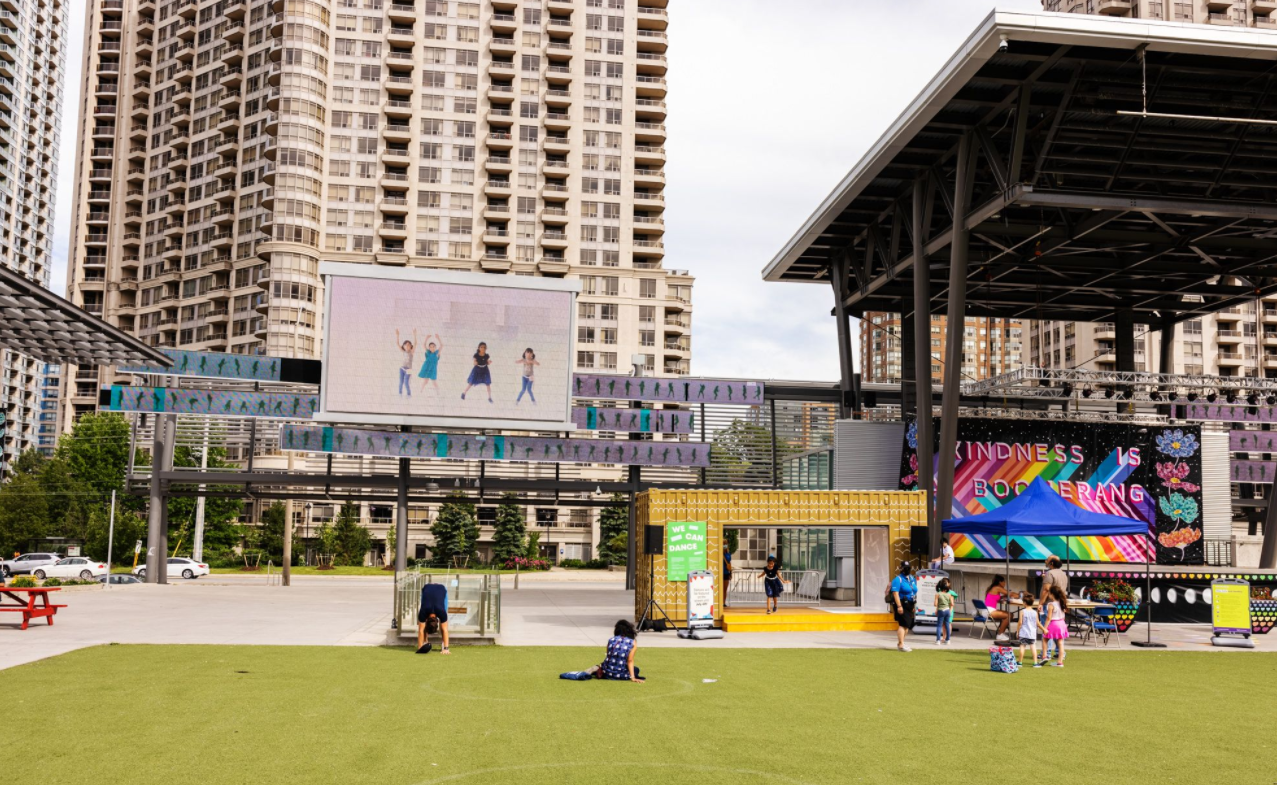 About the Installation
We Can Dance is a tribute to the acclaimed filmmaker Norman McLaren and his signature animation film Canon (1964). The film explores the concept of “canon”, a musical and dance technique where performers reproduce in regular intervals parts of a song or choreography.

About the Artist
Daily tous les jours is an art and design studio based in Montreal. Over the past 10 years, Daily has brought its project of placemaking, community-building, and connection-making through large scale public artworks to more than 40 cities around the world.