How Far Have We Come?

Since 2010 many cycling projects and initiatives have been completed and more are underway. The following is a snapshot of the work that has been done since the Cycling Master Plan was adopted.

Goal 1: Foster a Culture Where Cycling is an Everyday Activity

Goal 2: - Build an integrated cycling network as part of a multi-modal transportation system.

Mississauga’s Official Plan was amended to include language that supports the implementation of the Cycling Master Plan, and the major cycling routes that make up a connected primary cycling network were added as Official Plan Schedule 7.

Does Cycling Move You? Is a project to review and update the 2010 Cycling Master Plan. This project was started in spring 2017.

A design guide is under development for bicycle “end of trip facilities” which include things that you might need at the end of your bicycle trip such as bicycle parking and shower facilities (if you are cycling to work). This guide will be developed as part of the city’s Transportation Demand Management Strategy.

The City of Mississauga received a $325,000 Cycling Infrastructure Program grant from the Province of Ontario in 2016 to build a multi-use trail in the boulevard of Thomas Street to connect to the Streetsville GO Station. In March 2017, the City received a $3,757,000 Public Transit Infrastructure Fund grant from the federal government for cyclist and pedestrian access to Mississauga Transitway and GO stations. More information on the projects to be funded through this grant will be posted on the City’s Cycling page this summer

Goal 3: - Adopt a “Safety First” approach for cycling in Mississauga

Mississauga Cyclists Handbook was released in 2013 – this resource has been translated into 7 different languages and provides information on bicycle safety, bicycle maintenance and rules of the road. 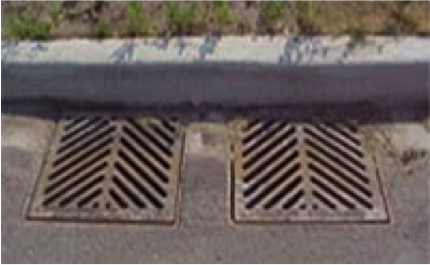 The city has changed the standard design of catchbasin covers. The angle and size of the openings in this design are friendly to bicycle wheels (bicycle wheels won’t get caught in the gaps).

Community Services Division has implemented an inspection program to monitor the condition of off-road trails to ensure high standards of maintenance and repair.

Pilot projects for crossrides and coloured bike lanes have been initiated. 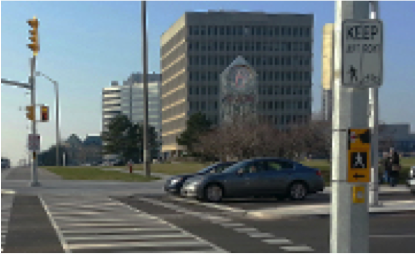 A crossride is a dedicated bicycle crossing used where a trail crosses a roadway or major driveway. Crossride pavement markings have been installed at some unsignalized intersections along multi-use trails including Sheridan Trail and Queensway Trail. Crossrides at intersections with signals have been introduced along the Terry Fox Trail at Matheson Boulevard and along the Burnhamthorpe Trail at Kariya Gate and Duke of York Boulevard. 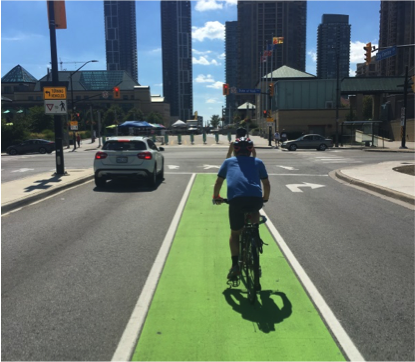 Green pavement markings have been added to some bicycle lanes to increase visibility for cyclists. Locations include Mississauga Road at Dundas Street and on City Centre Drive approaching Mississauga Celebration Square.